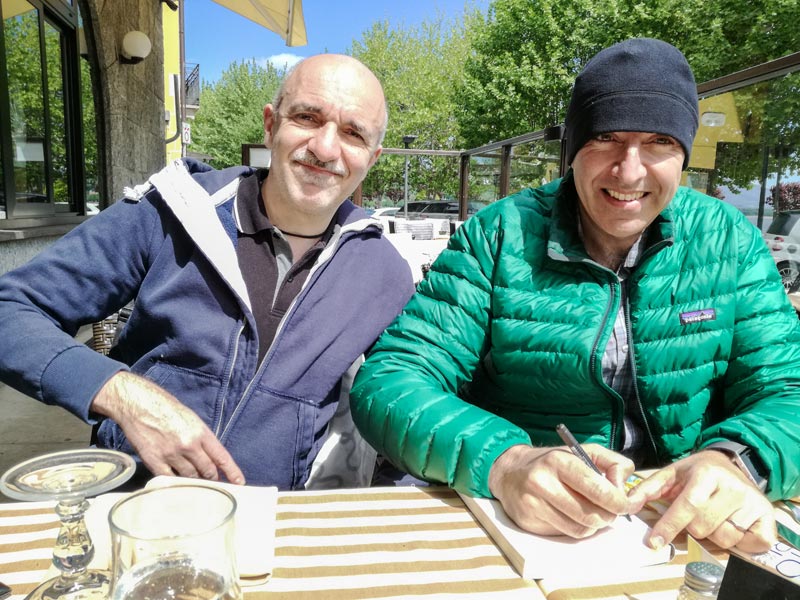 Has your passion for writing always existed or is it something recent?
It began when I was in fourth grade of elementary school. I was about nine or ten years old. One day I came from school excited and told my parents that I was going to write a book, and so I did. I titled it “The mystery of the aeroplane.” Then that first enthusiasm somehow faded until five years after, when the story of “El Viejo Pobre y Sabio” was conceived.

Your two previous books were released under the name of “Il Garofalo II”.
What brought you to the decision of changing it to Garofdalus?
I was publishing books as “Il Garofalo II” and music as Ale Garofalo. At some point, I thought it was more practical to use one pseudonym for all my artistic work, and I liked Garofdalus, which is an old form of my surname.

Your everyday job is IT Director, which does not apparently require fantasy or creativity.
What does writing books mean to you? Is it a passion, an escape from everyday life or what else?
Writing and composing music are like a play that is always going on in the back of my mind. They are an intrinsic part of me. I can’t think of myself without them. Therefore, when all my responsibilities are done for the day, music and writing kick in, and they take the whole scenario of my thoughts. I can be shopping, walking through aisles with my wife, and in my mind, I am developing an idea for a new novel or composing a new melody.

When writing, have you got any model on your mind?
Was there a writer which deeply influenced you?
As a teenager, I was an avid reader of A. J. Cronin, and until this day I reread some of his books every once in a while. But I cannot say Cronin has influenced me and my writing, since I almost always look at the distant past when I am writing, whereas he wrote about modern times.
I think my influences come more from my respect and admiration for the Asian-East cultures, and also from any ancient record, such as the Old Testament, the legend of Gilgamesh the Sumerian, etcetera.
When I write I try to place myself with the difficulties that someone who tried to write something three thousand years ago faced: no paper, no pencil, no pen, no typewriter, let alone a computer and a word processor!

Some authors write in a strongly autobiographical way, such as Hemingway, while others tell stories about distance places which they have never seen, e.g. Salgari.
Where does Garofdalus place himself? How much of your personal experience appears in your novels?
It is hard to tell what you do consciously and what you do subconsciously. I intentionally let slip in some of my personal experiences and also lessons that I have learned during my life, but for the most part, I would say that I just let my imagination fly to distant places I have never been.

The world is going through a very complicated period with strong conflicts and people are losing their values.
Do you believe that literature can help individuals and convey important messages?
I certainly hope so. The problem is that as humans we confuse freedom of speech with liberalism. If we say or write something denigratory about someone, it is not freedom of speech. Respect to others should always be above our beliefs and opinions.
To me, art implies sharing something that is going to uplift the human soul. Literature and music can be used to destroy and denigrate, to vent anger and take revenge, among other bad things. My idea of art is sharing something that can contribute to ennoble readers and listeners.

Your European roots are very strong and here we feel that the Americans often show peculiar dynamics.
Do you think your book will be greeted differently in Europe and in the US?
I haven’t tested reactions yet. What I do know is that I am in between: I have lived most of my life in the American continent, but at the same time I am very close to my European roots. I have tried not to forget where I come from, and the drama of being uprooted is one topic that I have wrote about a lot in my books.

Your new book is offered both as printed volume and as e-book.
What is your opinion about digital publishing industry?
Well, it is out there and, likewise music, there is a market for it. I prefer a printed copy of a book. There is something magical about holding a book in your hands, highlighting a phrase, writing notes and comments on the margins, taking it from the bookcase, revisiting it later on, etcetera. It may sound a bit old fashion, I know, but I think I am not the only one who feels that way.

Your other artistic activity is music, which you have been carrying out for decades now.
What is the relationship between books and music?
Are they independent or are they connected in some way?
They are connected, since they come through me with the same purpose and intention, as I said before. Both are like water flowing out from the same well. People say my music is elaborated and profound, and likewise are the topics I address when I write.

Una risposta a Intervista a Garofdalus 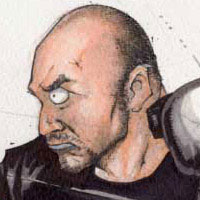